Academy trusts are not businesses – nor are they run by ‘private’ people.

Academy trusts are education charities that are set up purely for the purpose of running and improving schools. Trustees have strict duties under charity law and company law. Trustees hold public office – they do not run the trust for ‘private’ interest but are required to advance education for public benefit. They are required to uphold the Principles of Public Life.

As education charities, academy trusts are not allowed to make profits or distribute profits to trustees or members. All surpluses are invested into the front-line to improve the quality of education.

Like any other state school, academies are free to attend, inspected in the same way, and children take the same tests and exam. Academy trusts are state-funded – parents do not pay fees. They operate in accordance with their funding agreement with the Secretary of State.

More than half of pupils in England – 3.8 million pupils – are educated in academy schools. This is seven in ten secondary pupils and three in ten primary pupils.

Academy trusts can have various tenure types, but most hold their sites on long leases from the local authority, for a nominal charge. There are controls on the disposal of academy and maintained school publicly funded land. The Secretary of State’s permission is required for the disposal of publicly funded school land or school land which has been enhanced at public expense.

Academy trusts are subject to most of the same direct statutory duties as maintained mainstream schools, in respect of children with special educational needs and disabilities (SEND).
As such, mainstream academies must:

The DfE’s model funding agreement for mainstream academies requires them to comply in full with the DfE School Admissions Code and the law relating to admissions.

So why are Trusts a good thing?

Trusts are specialist organisations set up to run and improve schools – this is why it is clearer to talk about School Trusts, rather than academy trusts. There a very clear lines of accountability in the School Trust model.

Many academies now work together in a group of schools as one entity to improve and maintain high educational standards across the group. Where a Trust runs a group of schools, it has the power to create a collaborative framework.

A group of schools working together in a single entity can do lots of things that are harder for stand-alone schools to do:

Further information can be found on The Confederation of School Trusts (CST) website.

The CST is the national organisation and sector body for school trusts in England advocating for, connecting and supporting executive and governance leaders. 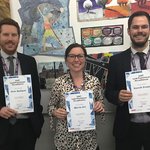